Many Christian churches are being built recently. However, people who are involved in the construction are not aware of something important that directly concerns the temples of God. The vast majority of people build temples for their own needs so that they could have a gathering place for prayers and for conducting religious services and ceremonies in accordance with their beliefs, traditions and denominations. It is their right and their business. But God has nothing to do with these creations of human hands! Why? Because those people build temples voluntarily for their own reasons. In this case temple is just an architectural building, which does not differ from any other building for gatherings and meetings with the exception of its architectural features. We know that there have been many magnificent pagan temples in the time of King Solomon, but God only dealt with the one built according to His will. Exactly the same is happening nowadays! God deals only with those temples which are built according to His will and to His plan! Temple of God is a divine material tool for connecting earth and Heavens! It is some sort of a spiritual transformer, amplifying human spiritual efforts thousands and hundreds of thousands times! This is a place of manifestation of God’s power and God’s grace. For personal communication with God Temple is not needed. But it’s absolutely necessary for the Church to be able to communicate with God! Our Temple is the one that’s going to be built by the will and plan of the Lord God!

This post is also available in Español and Русский.

Sanctification and Exaltation of the Wayside Cross 30 May , 2016

Read in another language: 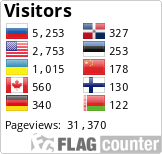